Why Do I Need a Satellite Service or Devices?

Some believe that satellites are too expensive, too technical and not practical for an emergency situation. Disasters can occur anywhere and anytime. It is critical to maintain communications for successful disaster or emergency response, so the use of satellites should be carefully evaluated as one option during a crisis.

Satellites operate on several frequencies or bands; “L-band,” “C-band,” “Ku-band” and “Ka-band” are some of the more popular ones. “L” is the lowest frequency of this group. It is used by BGAN service (Broadband Global Area Network). Known for being able to get a phone line just about anywhere in the world, the L-band system established its claim to fame working on large ocean going ships. The C-band is next higher frequency unit. It is known for being robust, sometimes expensive and typically uses larger dishes. Their principle use now is the transmission of television and sports programming. Ku band is used in television and news broadcasting. Typically dishes can range in size from 5 meters, or around 16 feet, down to 0.75 meters, or under 3 feet. Ka band is the highest frequency of these four bands. Ka is very efficient; some satellites or frequencies can be steered towards certain parts of the country, called spot beams. Spot beams make Ka band more efficient by not transmitting to the entire US. Ka also has the greatest bandwidth or space for throughput available by satellite. Both the Ku and Ka bands do suffer from signal loss in heavy rain, also known as rain fade. One potential remedy is an increase in transmitting power. The other corrective measure is using a larger size antenna. Increasing the size of the antenna is similar to increasing the power.

What can you use satellites for? They are extremely flexible and can be configured to do the job that’s required. Video, IP networks, downloading of maps and weather reports as well as videoconferencing, telemedicine and telephone traffic all come by satellites. A quick response is critical to success in disaster situations, and establishing an appropriate communications capability will be essential. Another service uses Very Small Aperture Terminals (VSATs). These dishes are everywhere: the gas station, corner store, department & drug stores. They are used for credit card approvals, video training, and in remote locations such as oil wells when wires are not available to provide telephone service, remote control and meter reading.

Many satellite configurations are dual purpose. One major department store uses VSAT to receive videos for employee training. When something causes a disruption to terrestrial or land line service, training is stopped at the store and the satellite signal is converted to multiple phone lines connected to the company’s phone system. The changeover is configured at the corporate headquarters or by the satellite service provider so the local people just wait for the green light.

What are data rates and how do they compare? A data rate of 64K is typical for a single phone line. Most BGAN units are set up to work with one phone line or one line with additional service such as email or internet. Email, without heavy graphics or images, will not use large amounts of data. Downloading a large file or a streaming video is a different creature altogether. This can prevent others from downloading their email until the large file’s download is completed. Remember the days when we did not have broadband internet service? Everyone got home from school or work and the internet speed would decrease significantly! You can go to higher speeds on satellite. BGAN is typically 492 kbps rate; some are even slower. 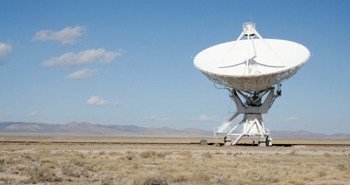 Ku & Ka are readily used for communications during disaster response. The bandwidth can go extremely high, but so does the cost, and additional equipment is needed. Items such as VoIP (Voice over IP) may be required if you are thinking of multi-phone line service. Other items may include Ethernet interfaces, USB hubs and wireless terminals such as Bluetooth. And of course, the more bandwidth you have, the more things you can do. The problem is the cost and technical complexity both increase with bandwidth.

Why should satellite be used for communication? Satellite and its related services are probably the most flexible of all communications modes. Satellite can deliver a single phone conversation up to hi-speed internet as well as a mix of services. It can quickly adjust for changes in bandwidth or speed. Most of all, location does not have to be a fixed position on top of some mountain. The satellite terminal can be right next to the command center or a public communication terminal. Terminals can be easily moved and connections remade. Single phone service, like a cell phone using satellite, can be purchased for under $200.00 and a monthly fee of $29.00. The monthly fee will depend on the amount of time requested and the number of other applications using the service.

Determining your needs is the first step. Do you need phone line(s) and to where? Do you need teleconferencing or video of damaged areas sent to a location? Do you need on the go, transportable equipment? What will you interface to: 2-way radio, servers, laptops or private VPN? Most of all, what is the technical proficiency of the operator? Will you share this satellite equipment and what will the other’s needs be? Can you share expense with someone else or another organization? Finally, will a rental or a contractor based service be the answer to your satellite needs? Remember all satellites are not alike and the same with satellite services. Never mind that the equipment needed may appear to be very complex. Much of the automated software makes operation easier than ever. Now is the time to arrange for vendors, staffing, suppliers and locations…not when the hurricane hits!

About the Author
Peter Zawistowski is the Technical Manager of PeterZ & Co., specializing in communications engineering and integration. Peter has spent 35 years working and consulting on satellite, audio, video products and systems. He can be reached at (508) 783-2488 or at [email protected].

About the Author: Peter Zawistowski

Kathy Rainey founded the Emergency Lifeline Corporation in 1985 to address the earthquake preparedness needs of businesses and communities. She is the publisher of the Disaster Resource Guide, Continuity eGUIDE and the Risk and Resilience Hub. Connect with Kathy via email at [email protected]

COVID-19: Pandemic Planning Phases – Where are we and where are we going?

I Recovered From COVID-19. Here’s My Story.